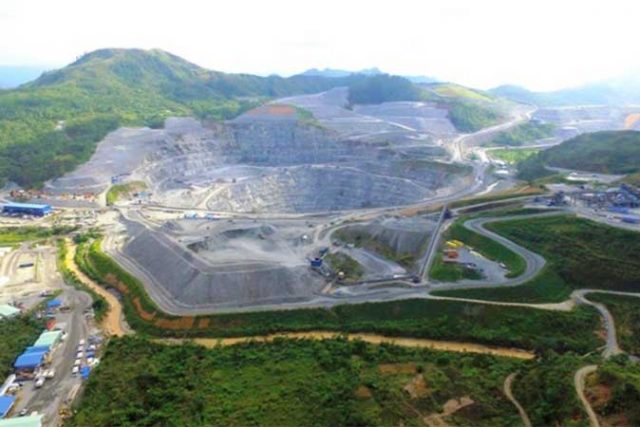 THE Department of Environment and Natural Resources (DENR) is still studying whether it can lift the open-pit mining ban, the President’s spokesman said, more than two months after President Rodrigo R. Duterte issued an order that lifted the nine-year moratorium on new mineral agreements.

Executive Order (EO) No. 130, signed by Mr. Duterte on April 14, allows the government to enter into new mineral agreements and review existing mining deals for possible renegotiation, but is silent on whether such arrangements include open-pit mines.

The order does not have a provision “which lifts the ban on open-pit mining,” Spokesman Herminio L. Roque, Jr. said at a televised news briefing Thursday, saying that the matter is still being studied by the DENR.

In February 2017, Regina Paz L. Lopez, who was Environment Secretary at that time, ordered the closure of more than 20 metallic mines over alleged violations of environmental laws. Ms. Lopez, whose appointment was rejected by the Commission on Appointment three months after, had the support of Mr. Duterte.

“I will repeat what the President had previously said in two instances — that he is against open-pit mining. He said this in 9 April 2018: ‘Yun ang masasarahan ko, maybe next year, I will ban open-pit mining,” Mr. Roque said.

“In November 2017, when asked regarding the recommendation of the (MICC) to lift the ban on open-pit mining, the President said he does not like this because it destroys the soil and the environment and there are no corrective measures immediately available,” he added.

“What the President said is apparently against open-pit mining, but because there is no mention of open-pit mining in EO 130, the matter is still being studied by the DENR.”

Citing an Environment official, Mr. Roque said “both the President and Secretary Roy A. Cimatu agreed that the mining industry must reinvent in a manner that would ensure that it is sustainable and would cause the least damage to the environment.”

Mr. Roque has said the Philippines is projecting about $4 billion in capital investment from three major mining projects if they were allowed to start operations. — Kyle Aristophere T. Atienza